Abu Dhabi, UAE, 3rd January 2014: Abu Dhabi Ocean Racing (ADOR), the UAE capital’s entrant in the Volvo Ocean Race (VOR), got off to a flying start today on the third leg of the race from its homeport to Sanya in China, looking to maintain its record of podium finishes so far in the epic, round-the-world race.

Thick fog prevailed for the short, inshore section of the course just off the Abu Dhabi Corniche breakwater, making for tense action as the six crews fought for the lead in tricky, low-visibility conditions as they approached the leaving mark.

ADOR skipper Ian Walker and navigator Simon Fisher read the shifting breeze to perfection on the first lap, timing their tack to make the best of a windshift that propelled ADOR’s yacht Azzam - meaning ‘Determination’ in Arabic - into a commanding lead at the first turning marker. Walker’s men consolidated their advantage around the rest of the inshore course to lead the fleet at the final turning marker and off on the way to Sanya, which was symbolically handed the reins of the VOR in a pre-race ceremony, with Sultan Al Dhaheri, Acting Executive Director of Tourism, Abu Dhabi Tourism & Culture Authority (TCA Abu Dhabi), exchanging flags with Mr. Deng Zhong, the Vice Mayor of the southern Chinese city.

“What an experience!” said Werb afterwards. “The crew was so friendly and welcoming and to see them in action was a real treat for me. Ian Walker shook my hand just before I jumped and said if I had my passport I could stay on board. I didn’t so I had to jump!”

ADOR, the TCA Abu Dhabi-backed team, started Leg 3 tied on points for the overall race lead with Team Brunel from the Netherlands and China’s Dongfeng Race Team, who have shared the top three places on the opening two legs. Walker said he expects the other three teams in the race to be in the mix for podium finishes this time, having learned lessons on Legs 1 and 2.

“The performance gap is narrowing between the teams as the race progresses and I wouldn’t be surprised to see one or more new faces battling for the lead on the way to China,” said the double Olympic silver medallist.

Leg 3 will take ADOR out of the Straits of Hormuz and the Gulf of Oman, across the Indian Ocean, around the tip of Sri Lanka, through the Strait of Malacca, past Singapore, up the South China Sea, along the Vietnamese coast and finally into Sanya – an island off China’s south coast.

ADOR’s British performance coach Neal McDonald has stepped in to replace trimmer and helmsman Phil Harmer for the leg after the Australian picked up a wrist injury and a stomach bug on Leg 2 from Cape Town to Abu Dhabi.

United Arab Emirates Olympic sailor Adil Khalid said Harmer would be missed by the rest of the crew but believes McDonald – a veteran of five Volvo Ocean Races – would fill his shoes perfectly.

“We are all disappointed Phil won’t be with us on the way to China,” Khalid said. “We are lucky to have someone as experienced as Neal to jump in so that Phil can get the time he needs to get fit again.”

Leg 3 is expected to take a little over three weeks with the leading boats predicted to arrive in Sanya on or around January 24 or 25. 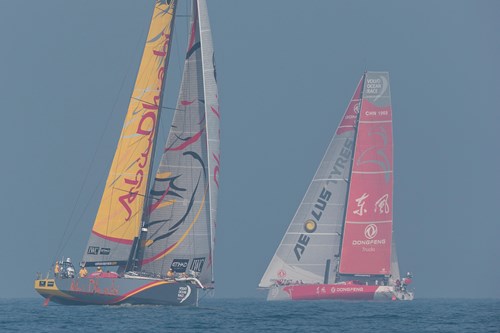 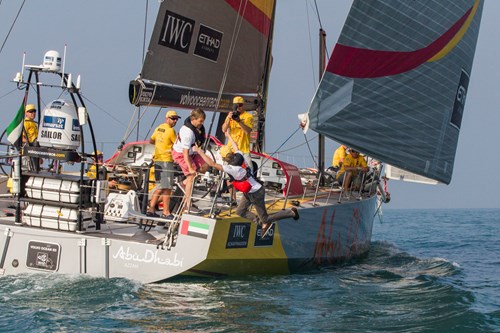 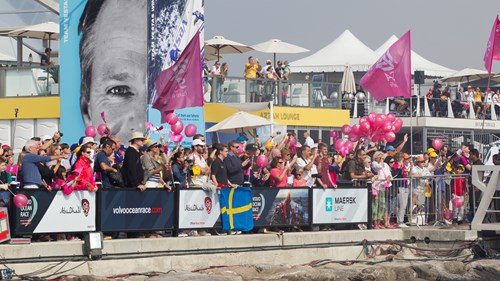 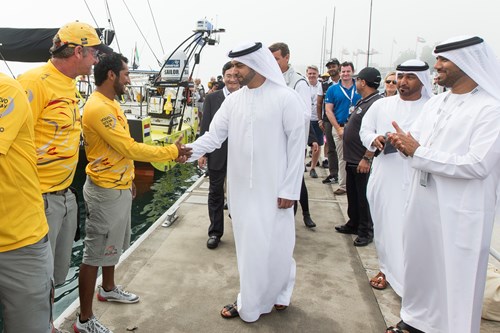 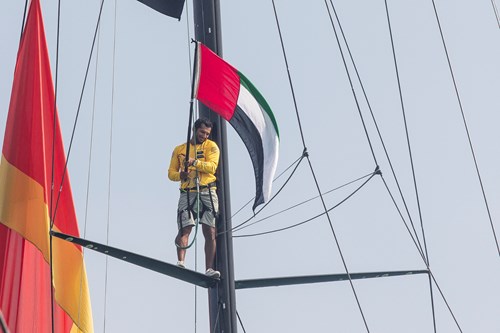 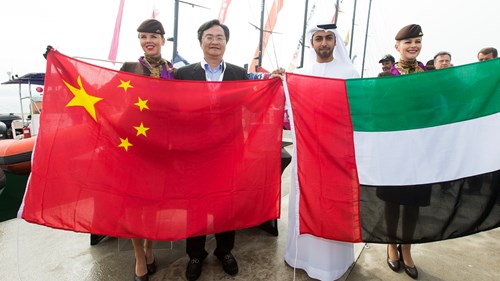