The crew - led by double Olympic silver medallist Ian Walker and featuring UAE Olympian Adil Khalid - crossed the finish line off the Destination Village on Abu Dhabi’s Corniche shortly after three in the afternoon, to claim their second consecutive podium finish since the race began from Spain in early October.

Although disappointed not to have finished first in front of the home fans, ADOR skipper Ian Walker said he was pleased with the result that he said kept the team on track to challenge for the overall title.

“It’s always an immense pleasure to be in Abu Dhabi but it’s especially thrilling for me to be able to bring Azzam safely home,” he said, sipping on some Arabic coffee on the dock at the Corniche Breakwater Destination Village. “But, I’m a very, very competitive person, so part of me is ruing the losses we had that denied us first place. We’re all in the team very pleased to be here and are looking forward to celebrating with our families over New Year and enjoying the Abu Dhabi stopover.”

ADOR fans from throughout the UAE lined the dockside creating a sea of ‘sunshine yellow’ as they waved mini team flags to bid the Abu Dhabi team a warm welcome home.

“I’m just loving the yellow,” Ian told the crowd. “Thank you so much for sparing the time to come down here with your family and friends to greet us – so typical of the people in Abu Dhabi and the UAE.”

Ian said his Emirati helmsman Adil Khalid had been bursting with excitement to arrive in Abu Dhabi.

“Almost since leaving Cape Town, he’s constantly been asking “How many more miles to go?” It was a bit like having your kids in the back of the car on a long journey when they’re asking “Are we nearly there yet? When we were 10 miles out, he got worse – he seemed to be asking every 10 minutes – that’s how excited Adil was to get here.”

Adil – the only Arab sailor in the race and the only one to have completed a Volvo Ocean Race after his first ADOR outing in the 2011/2012 edition - proudly held aloft and waved the UAE flag as Azzam entered the Corniche Bay and came into dock.

“It’s good to be home. It’s time now to rest and get ready for the race to China. I can tell you now we’re already determined to lead into Sanya. This flag will fly high around the world,” he said.

The ADOR crew faced tough conditions from the start of the leg, leaving Cape Town heavily reefed in 40 knots of wind on Table Bay. The strong winds and rough seas kicked up by the notorious Agulhas Current around the southern tip of South Africa took its toll on Azzam’s equipment: one of the team’s key headsails developed a worrying split after just a few days and then a turning block was ripped from its mountings putting the right hand steering wheel out of action. The crew shrugged of both these calamities with ease and were quickly back up to full strength, moving into first place after breaking away and turning north well before the rest of the fleet.

However, ADOR dropped back to third when a strategic move to the west shortly after crossing the equator did not pay off. With no alternative other than to take the losses on the chin, Walker’s men quickly regrouped and began to plot their comeback. Soon after entering the Gulf of Oman ADOR pulled back to within striking distance the lead but the challenge stalled on Friday afternoon when Azzam was completely becalmed allowing their two rivals to pull away yet again.

Despite this setback, the Azzam crew’s resolve never once weakened and they staged another assault on the top two as they entered the Strait of Hormuz - surging back to within four miles of the lead. However, when this second challenge also faded on the final night at sea, Walker finally had to settle for third.

“You have to sail at 100 per cent to win a leg in this race,” he said. “That’s what we did in Leg 1 but this time we were only 80 per cent. Well done to Brunel and Dongfeng for sailing an incredible race. Rest assured we will be back stronger than ever and up for victory in the next leg.”

Adil Khalid said the Leg 2 race had some specific challenges. “We had breakages and strong winds to cope with but the hardest was being becalmed in the last few days when we were so close to Abu Dhabi. Now I can’t wait to see my family and friends and relax at home for a while.”

The ADOR sailors will spend the festive break in Abu Dhabi with their families and next up the crew is the Abu Dhabi In-Port Race on January 2, followed the very next day by the start of Leg 3 to Sanya, China. 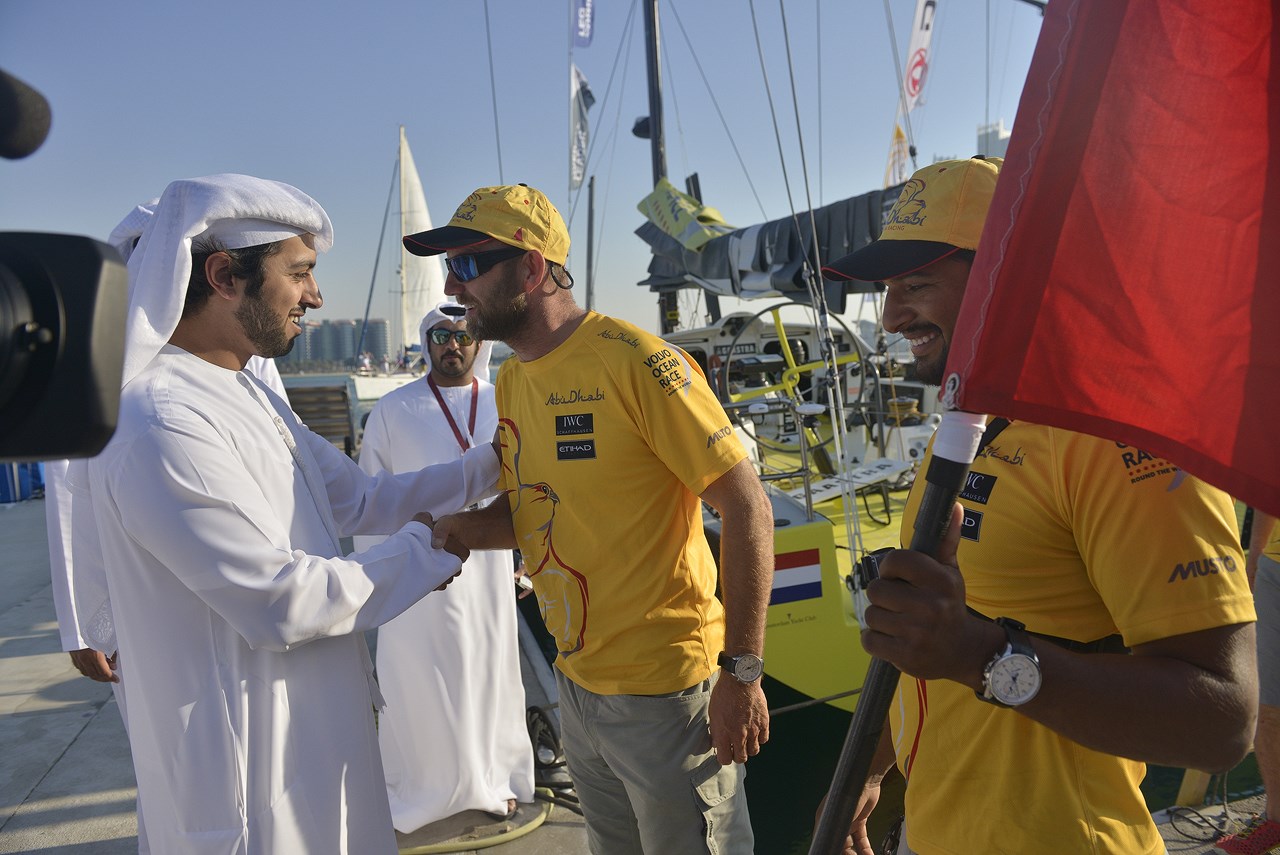 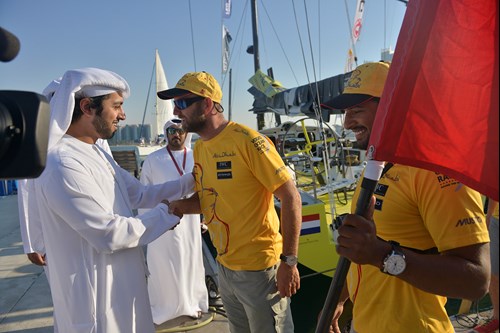 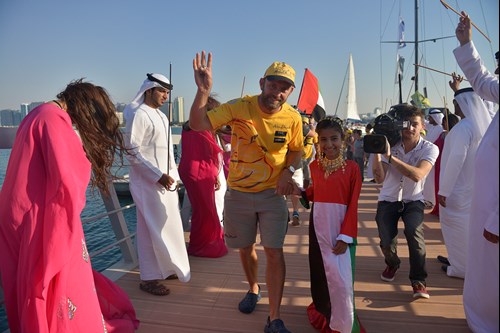