Making its debut in the Emirates is ‘Bagad of Lann-Bihoué’ - the French Navy’s military band – which will march through the Destination Village and perform on the unique ‘floating’ Skyline Stage before a special performance in the Heritage Zone.

“As any Abu Dhabi resident, I’m very much looking forward to the second Volvo Race stopover in Abu Dhabi, which promises to be a truly one of a kind event, and certainly a big success,” commented HE Michel Miraillet, Ambassador of France to the United Arab Emirates.

“France has long been passionate about sailing, and even if there is no French boat in this edition of the race, a good number of the participating sailors are our fellow citizens. I’m glad to welcome them in Abu Dhabi, and I hope that everyone will enjoy the fresh wind of Brittany that will blow through the breakwater on 17 December, with the UAE premiere of our famous ‘Bagad de Lann-Bihoué’!”

France shares a long history with the Volvo Ocean Race and will host its own Stopover when the ocean-going epic reaches Lorient in Brittany in June next year – the second time the race has stopped there. Atout France, the French tourism promotion agency, will be running an exhibition in the Abu Dhabi Destination Village, in collaboration with French Business Group, highlighting the attractions of this north-western region.

Lorient houses a museum in honour of legendary French sailor, Eric Tabarly, who raced in the first Whitbread Round-the-World Race (VOR’s forerunner) in 1973-74, and then again in 1993-94. There’ll be a special 7pm screening on the Skyline Stage of a documentary about Tabarly’s life and career with an introduction to the making of the film by its director, Pierre Marcel. Another French film, Planet Ocean, will be shown in the Environment Zone.

Lovers of French gastronomy can watch French chefs from the Mercure Hotel preparing crepes and then sample the dish, which is closely associated with the Brittany region.

The sports department of the Paris-Sorbonne University Abu Dhabi will run an exciting beach activation with visitors able to watch demonstrations, and then try their hand, at stand up paddling, beach volleyball, beach football and fitness classes including Capoeira, a martial art that combines dance, acrobatics and music.

The French Day is organised by the French Embassy in Abu Dhabi with the sponsorship of French company Thales.

Abu Dhabi’s VOR stopover runs at the Destination Village from 12th December to 3rd January. It is open, free-to-enter, to the public from xxxxxx (you have to put the opening times in all communications). It will be three weeks packed with sailing, watersports, entertainment and culture highlighting Abu Dhabi’s union with the sea and its maritime heritage. Up to 175,000 people are expected to visit the Destination Village. 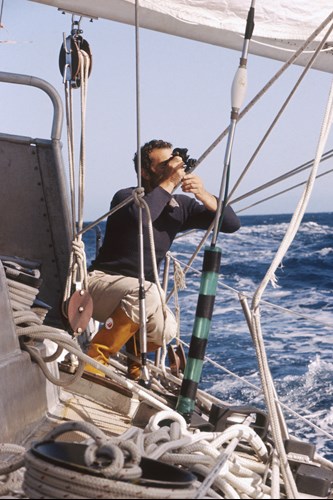